Is the recent name change of Grahamstown to Makhanda, which changes the way we remember history, perhaps a prompt to change the way we learn?

“This education system is clearly not working,” said Nthebe Molope on 4 July at the Wordfest 2019 launch of his book called Evolutionary Review on Black Education: A Travel Through Time and into our Future…Hope in Hand.

We all know about the problems in our education system: books not being delivered on time (or at all for that matter), overpopulated classrooms, teachers who don’t show up for work, teachers who are not equipped to teach… but when and how will this change?

Molope started the project six years ago and states that he believed it was necessary to put pen to paper about these issues. His research looks at three different time periods as he takes us on a journey exploring pre-colonial education and knowledge systems, missionaries and apartheid education and education today. “One of the reasons I wrote the book is to start a debate about our education system. We are spending 4% of the GDP on social grants. Most successful countries spend 4% on education where we spend 6% on education and they are performing much better than we are.”

In 1994, when Nelson Mandela was campaigning for votes, Rwanda was experiencing genocide. Twenty-fve years later they have developed much more educationally than we have; Rwanda was the first country to deliver blood using a drone.

“Today we have an average ratio of one teacher per 39 students in a classroom. That is not always the case and, if it is, consider yourself lucky,” he says as he explains that many classes consist of 85 pupils in a venue that does not allow for that capacity of people. “Botswana has a ratio of 1:2,” he adds.

“Every minister of education comes with a different plan, so there is no continuity and consistency. Sometimes we think resources will solve all our problems. We throw money at problems and think it will fix things. Money alone won’t fix anything. It is about placing the best resources where they are needed most,” says Molope.

“There must be something very wrong with our education system in South Africa if we have had three curriculum changes in the last 25 years,” he states as he talks about education today. “Every time we have a new minister of education we also have a new plan to improve the education system.” He further explained the non alignment with the national development act.

More than 51% of South African teachers took up teaching as a second option. As the author speaks of time teachers have in the classroom he states that with the Curriculum Assessment Policy Statements (CAPS) system, teachers are doing a lot of administration some of which he believes is pointless. Molope confirms that South African teachers spend 20% less time in the classroom than most other places in the world.

“There is some light at the end of the tunnel. There are some great projects in Kwazulu-Natal and Gauteng but we still have children drowning in lavatories. I think we have a serious serious problem within our education system.”

“This book talks about where we were, what happened and where we are now. My view is that we have regressed instead of going forward.”

There is a common understanding among people that history is written by the victor. Is it time to re-write history and remember the past the way it was meant to be remembered? This book explores exactly that. “It will be other people writing our history and as long as we allow that it will continue…” says Molope. 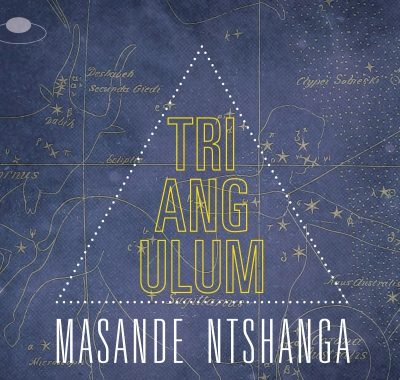